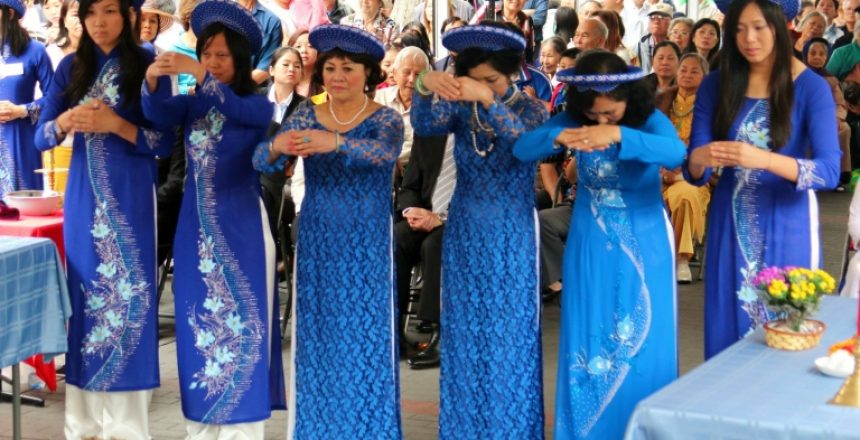 The word “Hai Ba Trung” when translated into English means “Trung sisters”, so in essence it is to celebrate the Trung sisters… but you’re probably wondering… why are we celebrating these two sisters?

Well, history has it that the Trung sisters led the first resistance movement against the Chinese, leading to a huge revolt against the 247 year rule of China over Vietnam, around 2000 years ago. Today, the sisters are regarded as a national symbol and motifs which represent Vietnam’s independence from China by both leading a revolt and giving their lives up to create what Vietnam is today.

In the past, the Vietnamese community in Australia has celebrated Hai Ba Trung during March of each year in the Vietnamese Cultural centre at Bonnyrigg, where VSA has also participated in, such as being in the traditional ceremony or dressing up as one of the Trung sisters. In 2015 however, the celebrations were bigger and better! This time the celebrations were held on a larger scale, witnessed by the community at Freedom Plaza in Cabramatta. The festivities were complete with a parade from Cabra Vale Park to Freedom Plaza that VCA had organised for the local Vietnamese community groups to participate in, ceremony and an entertainment program. 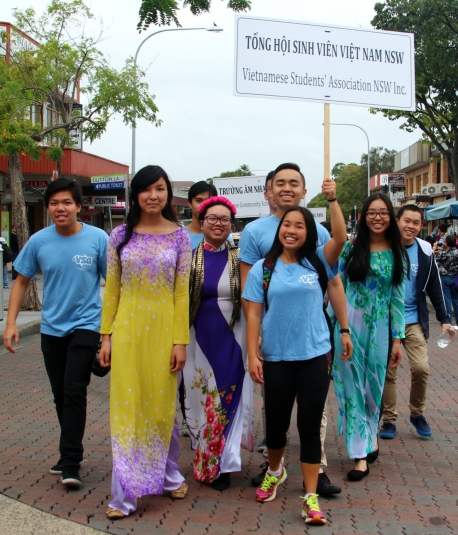 Team VSA at the parade (above)

This year, despite the cloudy and dismal weather, VSA played a large role in the celebrations with direct involvement in the Hai Ba Trung parade. The VSA team this year had the opportunity to participate in the parade, incense ceremony and best of all, Katrina from VSA state played the role of Trung Trac, the older sister of the two! 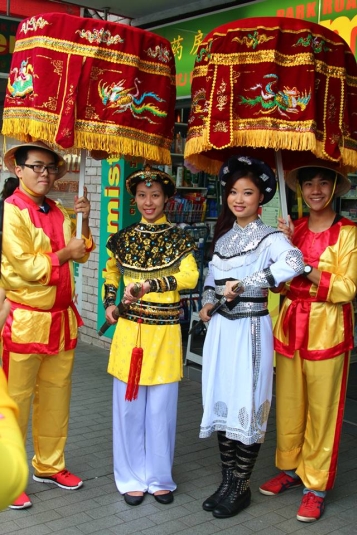 The parade was not the only thing that VSA had played a role in when it came to the Hai Ba Trung celebrations in 2015. In addition to the parade, we also had the opportunity to be a part of the incense ceremony of the Hai Ba Trung celebrations. The incense ceremony is culturally affixed to honour the achievements and death of the Trung sisters during their fight from domination by China, milleniums ago. For this part of the ceremony, Dalena and Nancy from VSA state volunteered to be our incense girls! 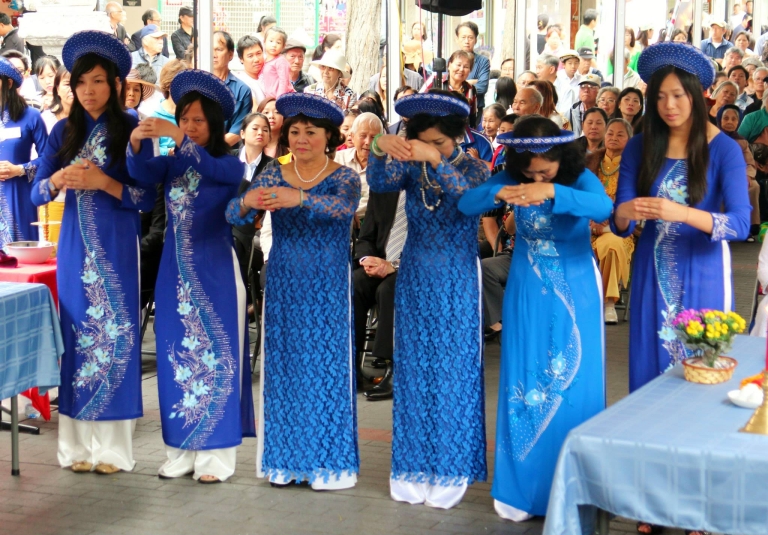 Incense ceremony with Nancy and Dalena from VSA NSW team (above – far left and far right) and Teresa Nguyen from USYD (second from left).

Of course, memories are never complete without photos… right? This year, our VSA social media director, Stephen decided to keep the action rolling so those peeps at home could have a peep into some live VSA action with some pretty awesome photos for the team and the world to see! We’ve decided to include a few snippets below. 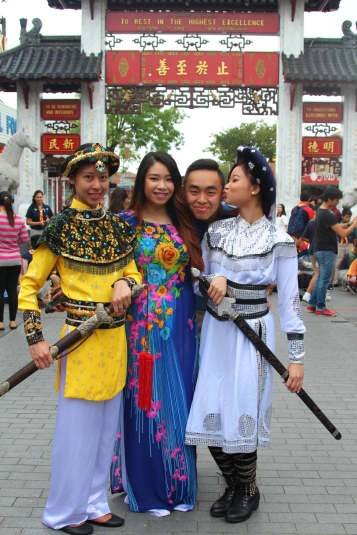 Our president gets lucky, sometimes. (above) 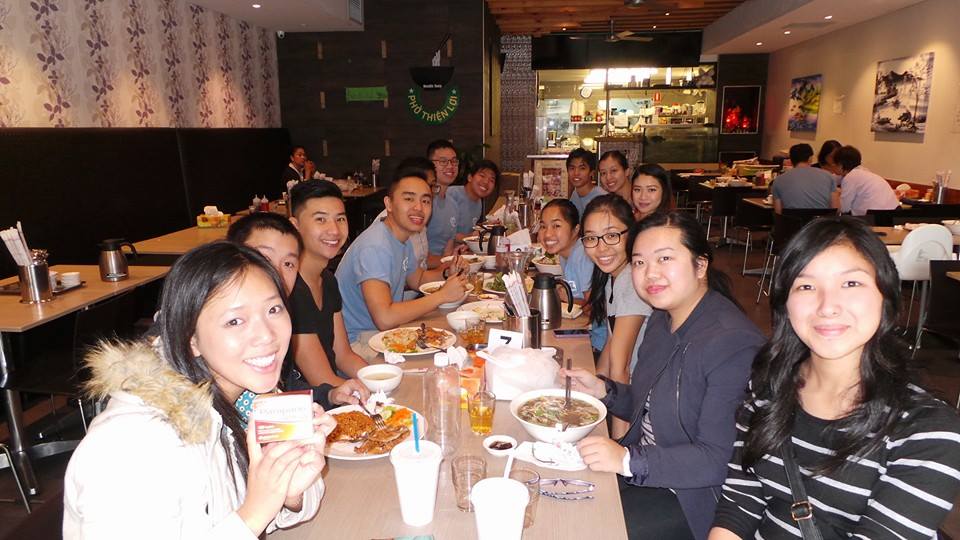 That’s our team, happy smiles all around! (above)

Overall, it was a great day for VSA to be a part of the Hai Ba Trung celebrations. Our team were smiling all around as we were thrilled to support such a culturally significant event.To top it all off, to bond over a hard but hugely successful day, our team concluded that pho is always the answer!

This post was written by Stephen Phan and Nikki Nguyen.